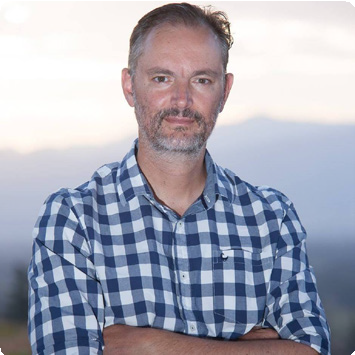 Some people make open education look easy. They’re open practitioners who have somehow figured out how to make virtually everything they do freely accessible to the public. They open up their classrooms to the world by making sure everyone has access to what they teach. Of course, this is not easy, but with planning, practice and consistency, they’re able to systematise their open practices so that it is their default teaching mode.

Few educators exemplify this approach better than Dr Juan Klopper, the former Head of the Acute Care Surgery Unit at Groote Schuur Hospital in Cape Town, where he specialised in emergency surgery. He was a Senior Lecturer, Head of Postgraduate Surgical Research, and Head of Surgical Education at the University of Cape Town (UCT).

Now based at another university, Juan’s passion lies in creating and sharing knowledge that is free and open to all. By developing content using various formats and methods, he has explored the use of online platforms and social media for broadening access to knowledge, particularly as relates to health care in South Africa.

The Digital Open Textbooks for Development (DOT4D) project in the Centre for Innovation in Learning and Teaching at the University of Cape Town (UCT) provided grant funding and implementation support to 10 open textbook projects in the period from March 2018 – March 2019, as well as implementation support to an 11th initiative. The Open Textbook Journeys series tells the stories of the people driving these initiatives, their teaching and publishing processes and what inspires them to do this work. These case studies were developed in collaboration with and reviewed by the open textbook authors profiled.

Juan has posted hundreds of lectures on his YouTube channel over the past 11 years, resulting in more than 1.3 million views

As an award-winning open educator [4] who shares his lectures openly as a default practice, Juan has also posted hundreds of lectures on his YouTube channel [5] over the past 11 years, resulting in more than 1.3 million views of his lectures on a diverse range of topics, including: clinical research, data visualisation, human anatomy, life science mathematics, physics, statistics, and various computer languages.

In February 2019, Juan received a grant from the Digital Open Textbooks for Development (DOT4D) project to support the development of The Open Surgery Textbook, a textbook that would be openly licensed and freely accessible online for anyone to use.

This case study draws on:

What is the problem Juan is trying to address?

Juan’s work is concerned with addressing the financial and structural barriers that exist around the production and dissemination of knowledge regarding health care. In addition, he noted that the surgical textbooks currently in use are not applicable to the realities faced by South African community service interns and junior doctors in their daily work. That is, they are not fit for purpose. The open textbook he planned to develop aimed to create content which was not only openly licensed and free for use, but also relevant for use in the South African context.

Textbook conventions in the discipline

Juan indicated that, in his field, teaching resources were rarely designed according to an inclusive pedagogical philosophy that involves the end user of the product in the content creation process.

Thus, students are not included in the design of their own curriculum. Juan believed that such resources have been based on patriarchal philosophies of ‘the teacher knows best’ – or, in this case, ‘expert surgeon knows best’. Juan believed that these philosophies were inauthentic and out of touch with modern educational principles, particularly as relates to decolonisation and inclusivity.

Juan’s open textbook journey was driven by his belief that the lack of appropriate medical educational resources that are sensitive to both local environmental resources and cultures is one of the reasons why many people do not have access to adequate surgical care both locally and globally. He believed that the development of educational material local to UCT, the Western Cape, South and Southern Africa, Africa, and the broader Global South had not been pursued with appropriate vigour. As such, there were often only disorganised combinations of random lecture notes and other materials for students and practitioners to use.

Juan planned to adopt a ‘lead author as editor-in-chief with colleague co-authors’ approach in his authorship process which would be centred around a ‘bottom-up’ strategy, in which medical students and practitioners in the field decide on the content. He believed that this approach would enable an interrogation of the power dynamics in knowledge creation and an opportunity to engage with the realities experienced by health care workers in different parts of the country.

Juan stated that, ‘an important constraint to the development of inclusive open educational resources is the fact that knowledge of the content lies solely with the domain expert. Their input can therefore not be ignored. The expression of this knowledge, though, must be guided. The solution to the problem of inclusivity and curriculum change is presented in a very elegant way by engaging the end-user in the guidance of this expression.’

Juan identified medical specialists in hospitals who work in consultation with students, interns and junior doctors in their facilities. These students, interns and doctors would be tasked with identifying the content areas for which they were in most need of support. The medical specialists who played the role of domain experts would then be tasked with the actual writing of the content and develop short content modules to address these skills gaps. In his role as editor-in-chief of the process, Juan would ensure that the content developed was applicable and of acceptable quality. At the end of the process, the group of medical students would then evaluate the content and inform the changes required to make the content fit for purpose.

In describing his envisioned content development process, Juan stated that the creation of his open textbook would be modelled on the philosophy of ‘hacking’ a textbook. To do this, he wanted to set aside a weekend for engaging interns and junior doctors face-to-face and discussing the content that should be included. He would use the Delphi method to obtain a more democratic view on the content which needed to be created. The domain experts would then be given an eight-week period to create the actual content. Following this, the student body would be given a four- week period to provide feedback. The domain experts would then be given another two weeks to make the required changes.

In total, Juan envisioned that this process would take six months to transform the content into online video tutorials and Instagram posts, his preferred modes of content release. However, Juan left the university before completing his content development process.

Within his publishing process, Juan intended to employ the ‘author as self-publisher’ approach, as he had done with his previous open education resources.

Juan believes in the power of technology and innovation and envisioned that his textbook development and publishing process would utilise a range of platforms to host and disseminate content. He highlighted how one of the innovative aspects of his work was the fact that he would be transforming the resource into other modalities. He stated that, ‘we can no longer assess any service or gain any information without the help of technology ... Unfortunately, the majority of our pedagogical efforts exist in an outdated analogue world. This is not the world in which our students exist. Instead, they live in a digital age with information at their fingertips. It is our duty as domain experts to exist in this reality where our goal is to guide and shape the information that exists here.’

As such, Juan envisioned the transformation of all the open textbook content into video tutorial format that would be fit for consumption on the Instagram social media platform, which would be appropriated to facilitate uninterrupted accessibility of content and convenience for students in training.

At the time of writing his DOT4D grant proposal, Juan had already started engagement on this platform and the majority of the 2018 fifth- and sixth-year medical students at UCT had signed up to follow his professional Instagram account. He stated that, ‘in its current form, it has become an online textbook of emergency surgery and it is used as a preparation resource from the written examination for both groups of students. It is arguably a more important resource than a textbook, available to everyone with a free account, at all times, and everywhere where they have internet access. This means that information is at hand where service delivery is required, not as a large PDF or similar document, printed out or saved on a hard drive. It is also easy to update and available long after graduation.’

Juan believed that the tiered and equal-partner design of this proposed open textbook had the benefit of built- in quality assurance.

In terms of sustainability, he envisioned including the UCT Student Surgical Society as a major long- term partner in the maintenance of this project. He described this student society as being the largest, most active and innovative student group in the Faculty of Health Sciences at UCT and that it had achieved many milestones. Juan had also personally taken part in many of their programmes and had acted as an advisor for many of their projects. They were also the student body from which he had planned to draw his student participants.

Juan was unable to complete his open textbook within the DOT4D grant period (March 2019 – February 2020) and later left the university in 2020. A selection of more than 50 open textbook video resources produced in 2020 is available on his @docjuank Instagram page.

Overview of the original budget submitted to DOT4D as part of 2018 grant application, with actual expenditure.

None. Grant funding was returned to the DOT4D project